I must have been around the age of 12 when I first picked up an old guitar that had been laying around the house. I started playing it and have never really stopped.

My first tutor was really “The Paul Simon Songbook”; this with playing along to records started my education in the world of songs and chords. Then an Uncle gave me the record of “Together” by Julian Bream and John Williams. This was the first time I had heard classical guitar music and I started to study classical guitar. I find it remarkable that later in life as a guitar maker I came to work with all three of these giants of the music world, who had so inspired that boy. I made guitars for Paul Simon and Julian Bream; with Julian I had a particularly close working relationship in which I made him 14 guitars over 11 years. I also worked with John Williams for many years working on guitar designs and methods of amplification for classical guitars. 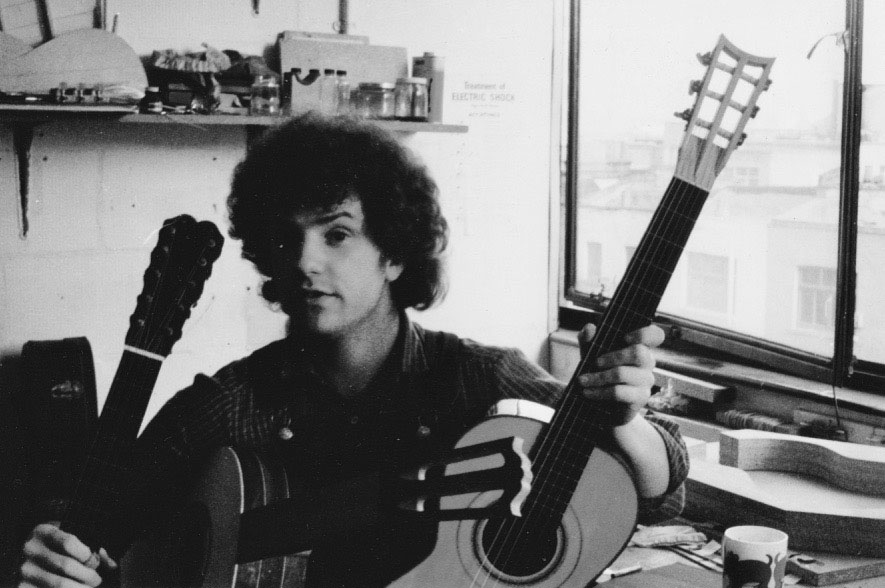 Gary Southwell at the London College of Furniture in 1982

I studied art and pottery in my youth as well as studying music and classical guitar. I have fond memories of sitting in my father’s workshop after school – he was a bespoke cabinet maker – talking away as he quietly worked. These elements then led me to study Guitar Making at The London College of Furniture after which in 1983 I set up my first workshop in Nottingham.

I specialised, at that time, in making historical guitars especially the then much neglected guitars of the early 19th century. I was at the forefront of revitalising interest in these instruments through my research, restorations, drawings, talks and work as a copyist. I am pleased to see I have helped create a thriving enthusiasm for the early European romantic guitar.

Designing guitars and developing them has always been close to my heart.

In 1989 I created The Temperate Guitar an instrument made using woods only from temperate climates, in a challenge to what had become a dependancy on the use of tropical hardwoods. In the early 1990s I started to make my distinctive A Series Guitars, rooted in my love for the Viennese style of guitar making. A champion of these guitars who has worked closely with me now for over 30 years is David Starobin. 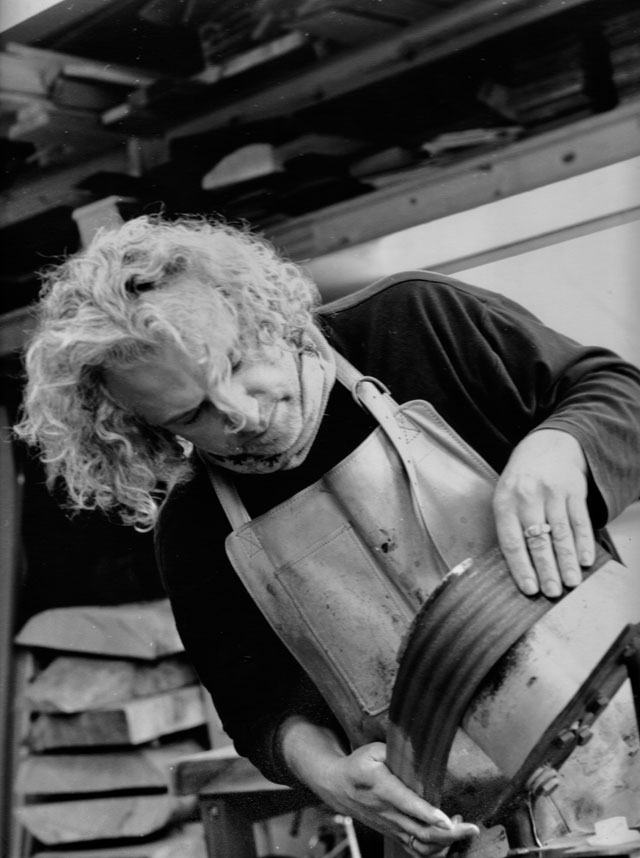 In 2011 I moved to Hough on the Hill, a small village in Lincolnshire. It was there I first used Fenland Black Oak, also known as Bog Oak, for guitars. Since I made the first Bog Oak guitars, other makers have been inspired by my work, also using this wonderful wood. My Bog Oak guitars were celebrated in the Heartwood CD recorded by a fabulous collection of artists from around the world.

In 2018 I again relocated, this time to Northumberland, where I now live and work. The beauty and history of this land is an inspiration to my craft. There is something wonderful about having a voice to your instrument which is part of your living environment and tradition. Here I continue to make my own uniquely designed guitars and replicas of famous historical ones. The challenge of making guitars for special projects is something I have always loved. In recent years I have enjoyed working with Frank Bungarten making a 10 string Sherzer guitar for his Mertz recording “The Last Viennese Virtuoso” and a Torres guitar for his Pujol recording. I have also enjoyed making bespoke custom guitars for players who are looking for something far from the ordinary.

I remain an enthusiastic and active guitarist, which I believe helps me to understand the relationship between player and instrument. When a musician is discussing with me what they are looking for in a new guitar I can realise their desires and journey with them to achieve a sound and an instrument that can respond to their needs and help inspire their musical search.

I am often asked “what is your favourite part of making a guitar?”, and without hesitation the answer is always the moment of giving the guitar to its new owner. Another question I am often asked is “what is the inspiration for your guitars?” That is, and has always been, the music.